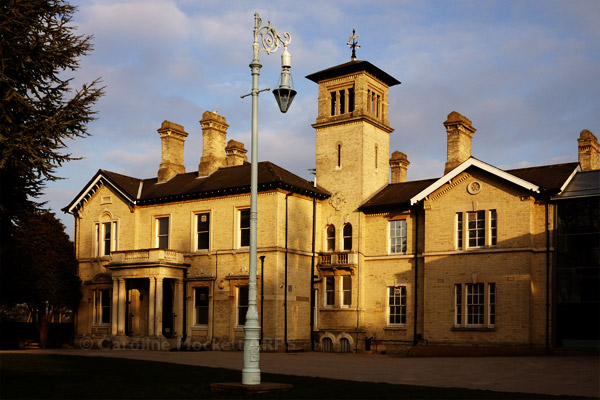 Title: Oaklands House
Location: Chelmsford
Camera: Panasonic Lumix GF1 / 20mm EF f/1.7
Notes: Some great evening light on Oaklands House, in Chelmsford. The house was completed in 1867 for wealthy Chelmsford merchant Frederick Wells, and was designed by his brother-in-law Charles Pertwee. It is apparently in the Italianate style very similar to Queen Victoria’s retreat, Osborne House on the Isle of Wight. In 1929, Oaklands House and the surrounding park were purchased by Chelmsford Borough Council and it is now home to the Chelmsford Museum, recently extended with a new wing (out of shot on the right) which opened in 2010.
One Year Ago: Day #810
Two Years Ago: Day #445
Three Years Ago: Day #80