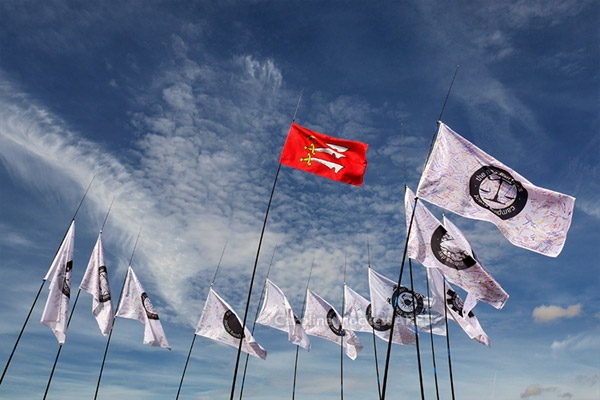 Title: The Mega Flags
Location: Barleylands, Billericay
Camera: Panasonic Lumix GX7 / Panasonic 12-35mm f/2.8 Lumix G X Vario ASPH Power OIS
Notes: The morning after the night before… And my penultimate day as Official Photographer for the UK’s Mega Essex 2015. We started it off well with The Big Breakfast where we were provided by a hearty cooked brekkie – most welcome after a night under canvas. The flags were fluttering in the breeze just after breakfast at the campsite, a grand collection representing all of the events of the past week. Then onto the Langdon Plotlands CITO (Cache In, Trash Out) event where volunteers helped the reserve’s wardens to clear rubbish and prune brambles around the paths. Finally an afternoon in Hockley woods, attending From Gavin to Stacey, the handover event from the 2015 Essex Committee hosted by the 2016 UK Mega North Wales Committee.
Today’s Film Shot: Day #214
One Year Ago: Day #2406
Two Years Ago: Day #2041
Three Years Ago: Day #1676
Four Years Ago: Day #1310
Five Years Ago: Day #945
Six Years Ago: Day #580
Seven Years Ago: Day #215